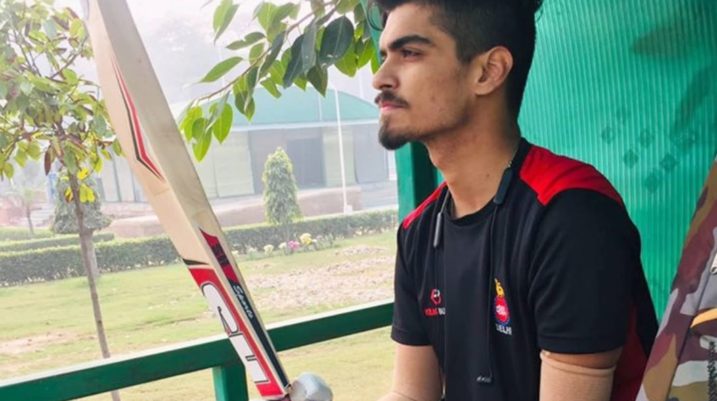 As in India, Cricket is played in every corner of the country and every young guy have a dream to represent India someday, so as the young talented cricketer from the capital of India “Moksh Murgai” an amazing all-rounder with high potential abilities.

The right-handed batsman is famous for his under pressure batting techniques and hard hitting abilities the Delhi lad has also represented Under 16,19 State level and also played SGFI for his school which is the highest level to play in India and represented India as well In school games Cricket said to be a competitive game and Moksh Murgai began playing school cricket and rose to prominence.

Moksh owe everything to his family as they helped him a lot and supported him in every step.

He never intended to be a flamboyant batsman and just played his natural game. He didn’t go out of his way to show off. But, yes, his aggressive style did make people remember him always.

Sometimes the crowd would chant ‘sixer, sixer’ and I’d hit a six in their direction.

One thing he always had was a willingness to fight. He was the kind of player who could create that fighting spirit in his team-mates. As firmly said by Moksh Murgai that “I am not religious but I do firmly believe in god”.

He thinks everyone should be thankful and respect all religions and believe extremism in any form is bad and at the root of so many of our problems.

The fine chap is working hard to fulfill his dream of playing India and make his Country proud.

Moksh’s Statistics Past One Year