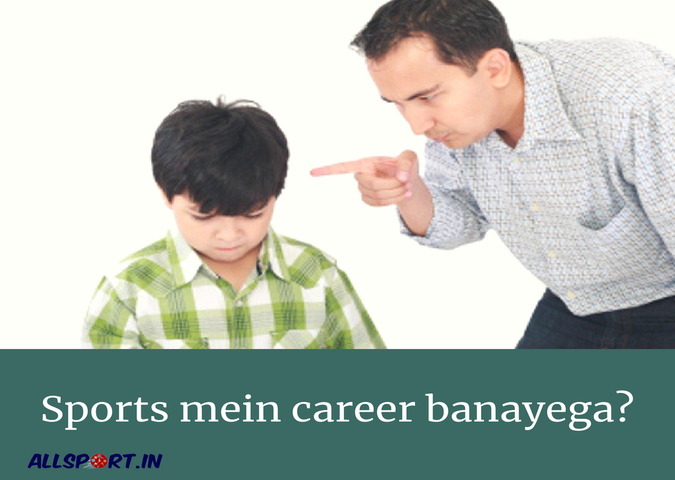 Are you an Indian sports player? Or maybe a sports fan? Or anyone whose mind has ever hovered around making a career in sports?

Then, its highly probable that you would have heard the topic statement, most probably, by your parents. What’s there in sports anyways? It’s just a time-pass, never think of it as a career! It’s India, and sportspersons would never be able to stand hand in hand with the glorified professions – MBA’s, doctors, engineers, chartered accountants, and the like.

But, for once, your respected elders, might have missed the bus. Here are the top 3 reasons why we believe this-

So buddies, now onwards, if someone comes up to you and says that sports is a bad career choice, you have the defence available!

And, if you are still short on armoury, feel free to reach out to us, at AllSport.in! We are a group of sport lovers who are attempting to contribute our bit for sports in India. Through digitalization, our products aim to serve sports players, fans, academies, clubs, schools, colleges, and institutions. To know more about us, visit-www.allsport.in.