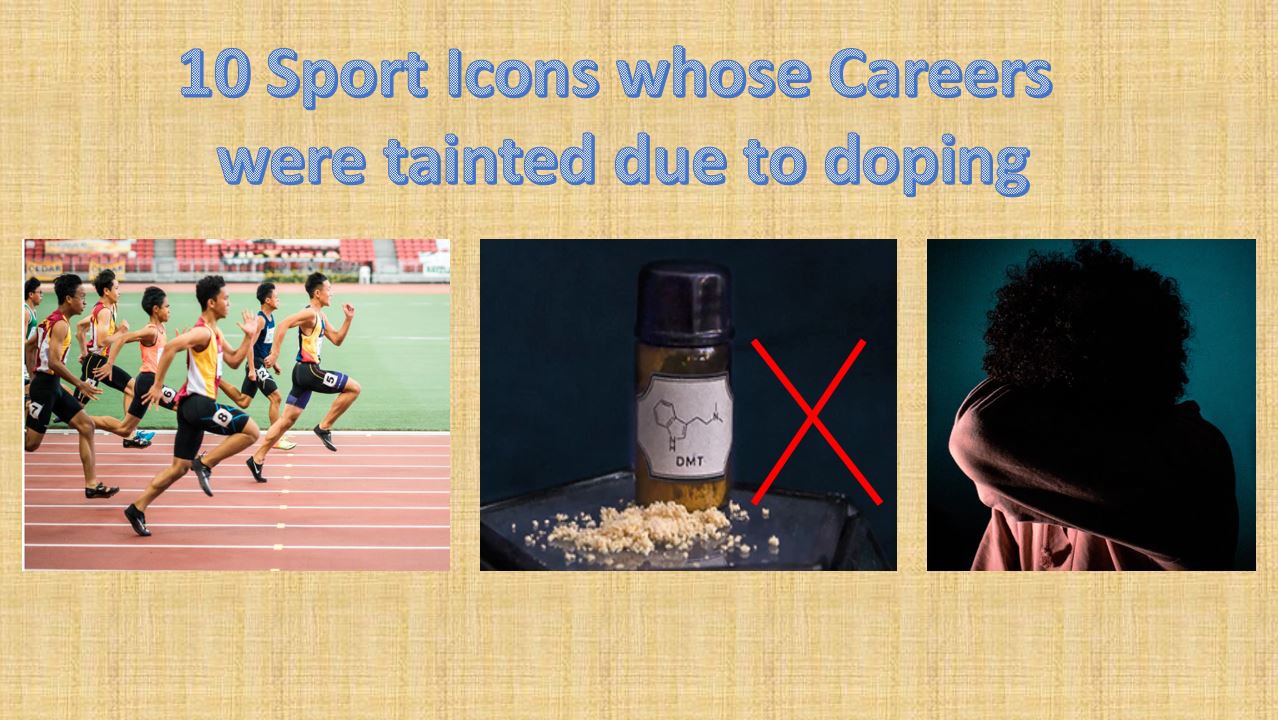 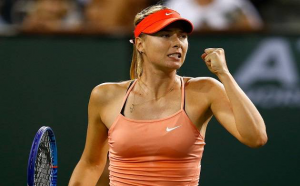 Sharapova, the five-time Grand Slam winner faced a 15-month ban, (on appeal) as a result of abusing the drug Melodonium. Meldonium, a drug initially prescribed to regulate metabolism through protecting heart tissue. Yet, the drug also has adverse effects that relate to increased endurance in performance, improved rehabilitation following exercise, reduced stress and enhanced of the CNS. On the incident, Sharapova remarks

“I think that it brought back fire and it makes me realize that if my body allows me to, there’s so much more that I still want to give to the sport,”

It is clear that the doping event had visible negative consequences, as not only did the athlete lose face value. The irreversible consequences of Sharapova’s medical decisions meant she not only was shunned from the industry for 15 months – unable to pursue her passion. The athlete also experienced self-consciousness regarding tennis, her position in the industry and the support she received from fans. As a result, Sharapova now endeavours to treat the past errors as a “big lesson” as she strives to excel in her ambition and recover her reputation. 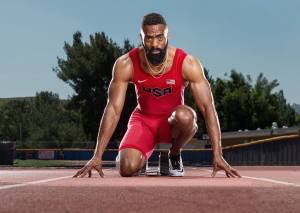 Gay was set to compete alongside Bolt during the 100- meter dash at the Moscow World Championships, July 2013. Yet, as a result of testing positive for a banned anabolic steroid, Gay was made to step down from the tournament. In May 2014, it was made clear that the American athlete would be banned for a year and even had to forfeit the Olympic silver medal he had won contending in a race in London. Bolt was reported to have stated that:

“(Gay) Should have been banned for life”

as a result of his decision to enhance his performance through doping. However, Gay repeatedly emphasized that he had not intentionally used banned substances and that it was infact his trust in someone that had left him down. The World Championship had intended to be an event that would highlight Gay’s agility, redefining Sporting history as he would rival Bolt and aimed to win the race. Unfortunately, the result of risking his career and abusing banned substance led to this event being unlived by Gay.

In 2000, shortly after winning in the World Light Heavyweight championship versing Richard Hall; Roy Jones Jr tested positive for banned substances. It came to be aware, that Jones Jr has used testosterone precursor androstenedione. This particular drug builds muscle strength and mass to shorten the recovery time of the muscle. 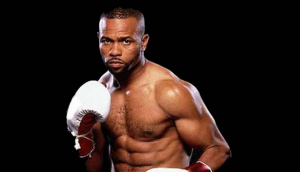 The news led to great media backlash, as Boxing officials were critically questioned. It was suggested that the officials had ignored the failed drug test and allowed the champion to continue without repercussions.

Silva, 10 straight middleweight champion title winner emphasizes his ruthless capacity to succeed within the ring. Considered as one of the greatest wrestlers of all time, he was caught testing positive for steroids in January of 2018. The hard work and victory accredited by Silva were lost in seconds. 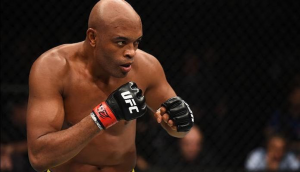 His victory against Nick Diaz the previous month was questioned as a result of using performance enhancement drugs. Despite contesting this, the Nevada State Athletic Commision rejected any appeals. This tarnished not only Silva’s track record and image but also his credibility as a Sports icon. 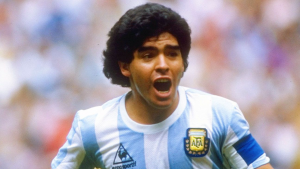 Whilst competing in the 1994 World Cup, presented a brilliant performance of talent. Highlighting his top form was clean cut dribbling, winning against Greece and Nigeria. However, his feats came crashing downwards as a result of testing positive for 5 variants of ephedrine. Ephedrine is a drug which increases energy and alertness but also speeds up metabolism, causing weight loss.

“They have retired me from soccer. I don’t think I want another revenge, my soul is broken.”

The event had harrowing effects on Maradona, removing him for a mammoth platform such as the World Cup; creating mass humiliation for the player on a global platform and damaging face value. 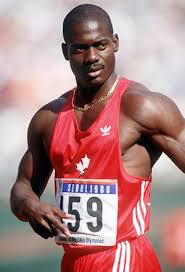 During the Summer Olympics of 1988, Ben Johnson was set to race in the 100-meter dash. A race “to end all races” against core rival Carl Lewis. Running a world record time then of 9.79 seconds Johnson won Gold in the race. Yet simply 48 hours later he was charged guilty of intaking the drug stanozolol. This drug is a water-based steroid, likened to the male hormone testosterone. This substance builds muscle mass which can accelerate an athletes performance.

“The whole world painted me as a loser, and a cheater, but I wasn’t alone when it came to the cheating. There were others. Everybody was doing it.”

Johnson was stripped of his Gold medal and sent home to Canada disgraced. A great media gathering trailing his journey since being exempted from the Olympics, highlighting the greater loss Johnson had received despite all he had achieved. 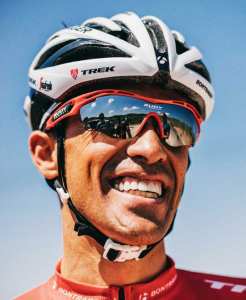 During Tour de France 2010, Contador the cycling winner was found guilty of abusing the substance Clenbuterol. This is a substance used to burn fat and build muscle, a supplement that was banned.

Great controversy ensued following this event, leading to a two-year investigation that ultimately found Contador guilty. This not only highlighted a media frenzy regarding Contador, who was continuously under critical assessment from publishers worldwide. It also led to the athlete’s reputation being hugely damaged across two years through the investigation. 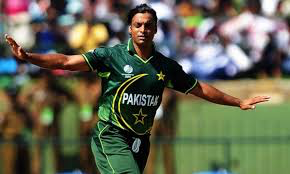 Akhtar, seen as one of the fastest bowlers in Cricket history, proved by previous track records was under scrutiny in 2006 as a result of doping. Pakistan Cricket Board (PCB) formed a three-man panel and came to the conclusion that Akhtar was guilty of using Nandrolone. Nandrolone, a steroid used to assist recovery when injured, increase muscle size, strength and increases aggression.

Akhtar poor choices were punished through Wada, (world anti-drug agency) who enforced a two-year ban. This ban escalated towards Akhtar’s career-derailing, inhibiting from the pitch and allowing his excellence on the grounds to be replaced. Shunning him from the cricketing world, where he had worked so hard to achieve greatness.

Australia was set to compete against Pakistan in the 2003 World Cup when Warne was sent home immediately by the cricket board. This followed the announcement that Warne had failed a routine drug test. 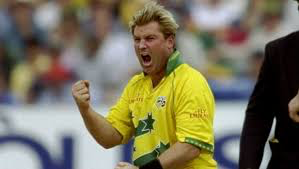 Warne was found guilty of using Moduretic. This is a prescription drug that treats hypertension, fluid retention, and high blood pressure. However, the substance may also be used as an agent that is followed by the use of steroids. This allows the traced of steroids being diluted within the urine, making it less visible in drug tests.

The board refused to accept any appeals made by Warne and discredited the cricketer’s suggestions, insisting they were:

This reduced the player’s credibility but also brought him far from playing in the Cup, a huge feat and opportunity for any player as a result of his 12-month ban. 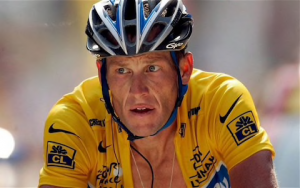 Sports icon Lance Armstrong, was found admitting to using substances to enhance his performance. This was unveiled during an interview with Oprah Winfrey (2013).

Armstrong opened up about using testorone, human growth hormone, and EPO. This substance stimulates red blood cell production, which in turn increases the amount of oxygen delivered around the body. Furthermore, this would relate to Armstrong accelerating his recovery and endurance during his performances.

The doping scandal was hugely publicized by media worldwide. A ‘sports deighty’s career came spiraling down, due to the substance abuse. A lawsuit was filed against Armstrong, by the US Department of Justice and Armstrong’s reputation was never recovered.